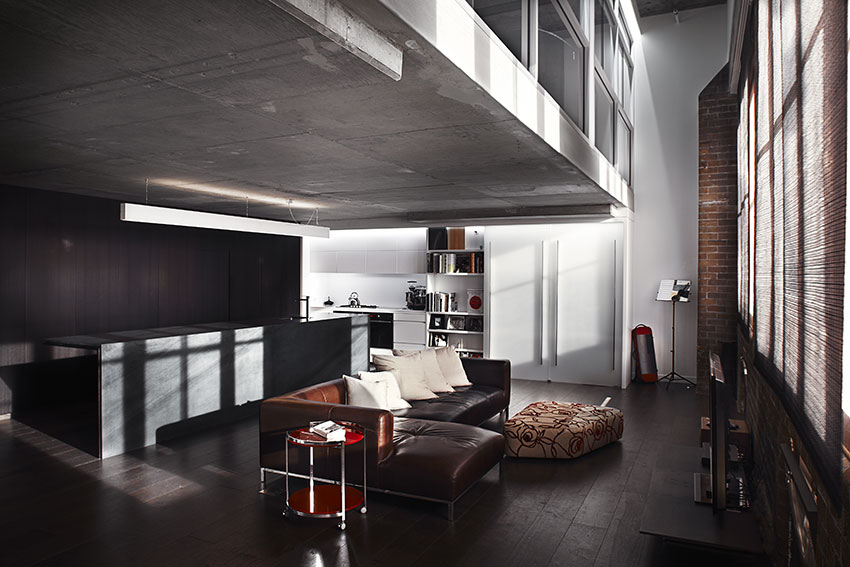 This Pyrmont apartment refurbishment involved amalgamating two existing loft-style apartments into one; with a new kitchen, bathrooms and bedrooms. The building now known as M Central was originally Sydney's first wool store in Pyrmont in 1882. The wool store was then converted into a car park in the late 1980's and also housed the motor museum which became well known for its slot car track. The building continued to operate as a car park until its conversion to residential apartments which were completed in 2005. The previous layout of the apartments devalued the use of natural sunlight and space; it was therefore decided to completely strip out the existing partitions and tenancy wall, and to expose the existing structural elements to allow for maximum natural light and open space. These accentuated raw elements contrast effectively with the accuracy of the simple cabinetry - with smoked oak timber veneer panels and white poly cupboards. This new refurbishment allow the clients to take advantage of the views, also creating a more complex experience with improved air circulation and playful contrasts between light and dark materiality. - Julius Bokor Architecture + Interiors 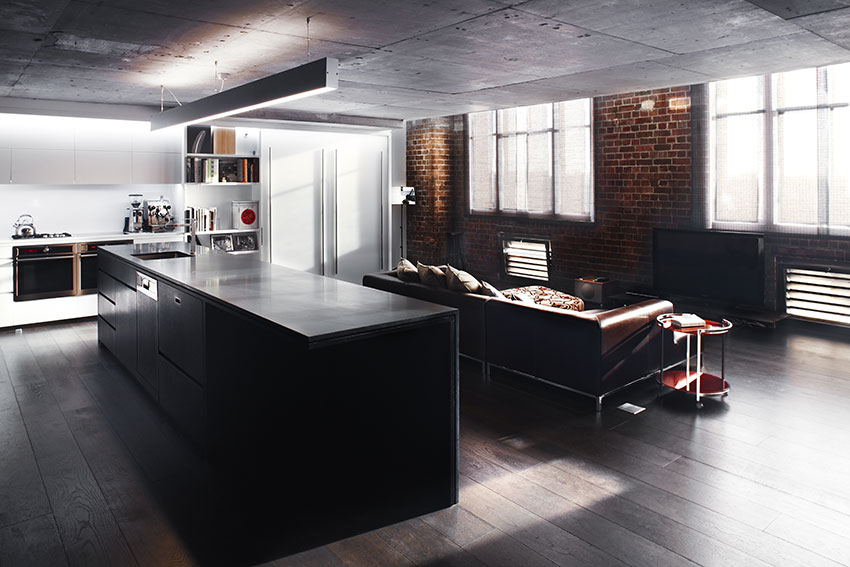 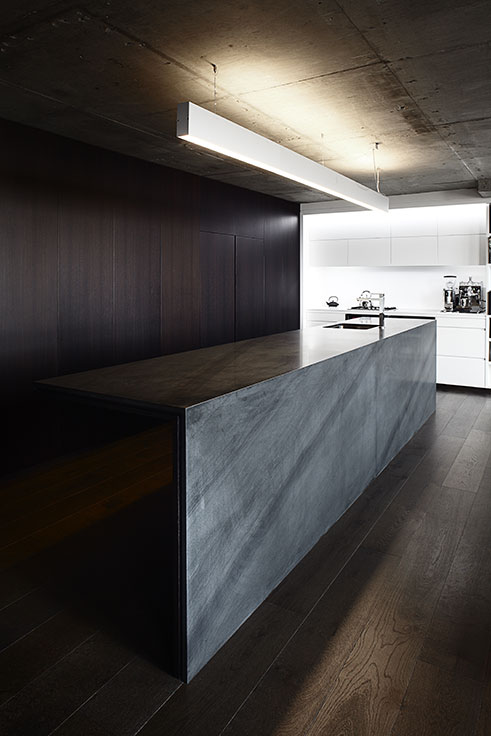 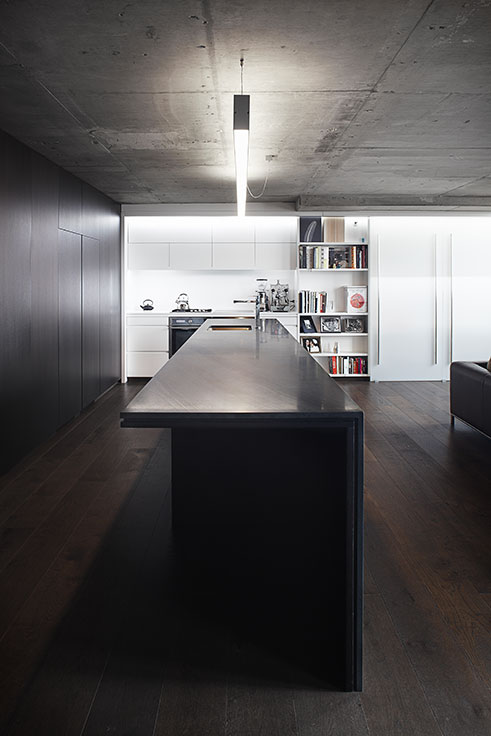 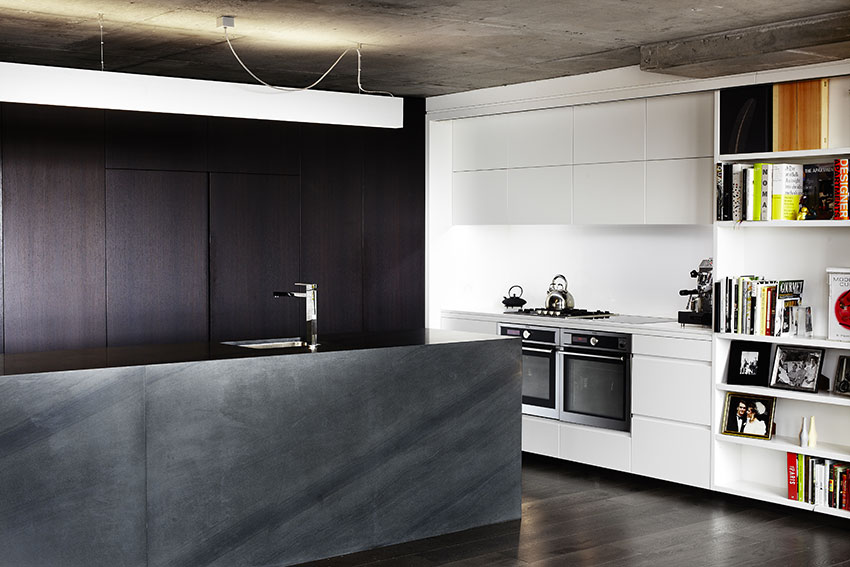 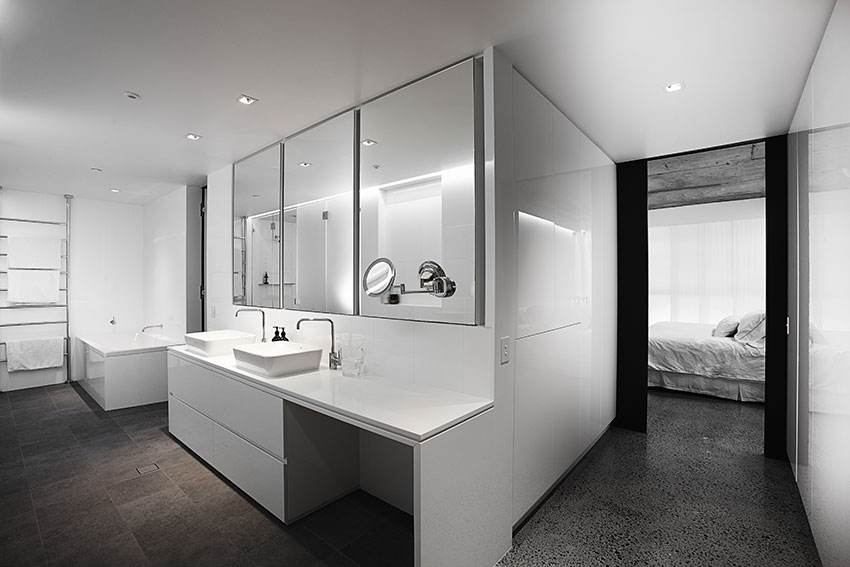 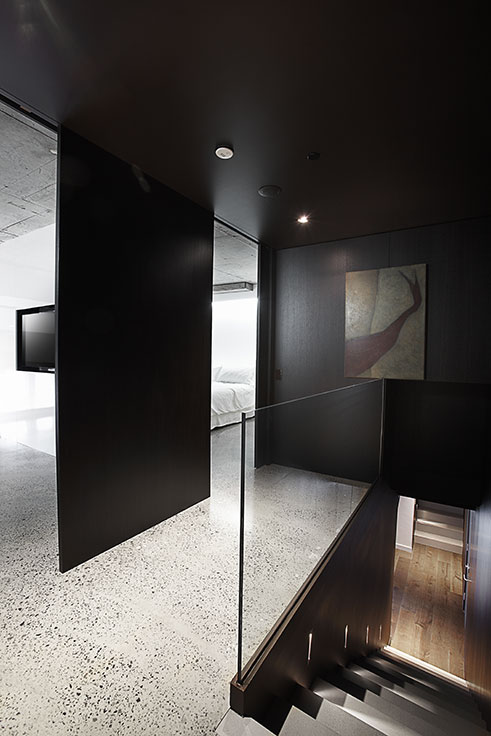 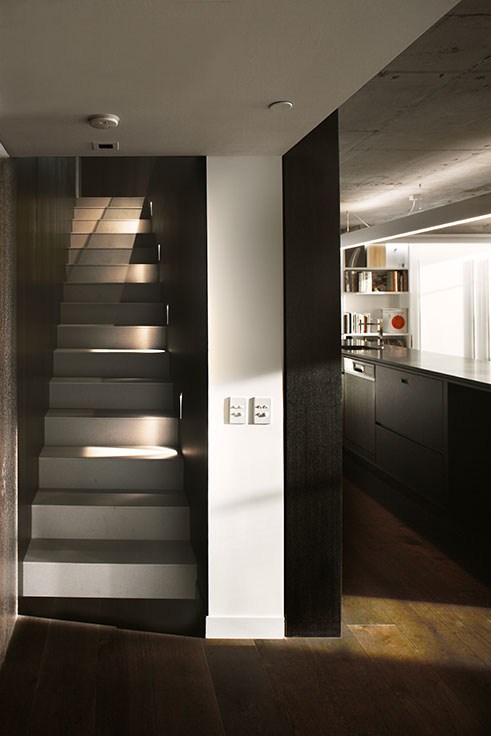