Design: O'Connor and Houle / Photography: Nicole England / Due to the apartment's laneway location, the interior was devoid of natural light. One of the challenges faced whilst designing Melbourne Lane Apartment was finding a way to brighten the space and to introduce a form of lighting to mimic the appearance and mood provided by natural daylight. The solution was to utilise linear aluminium extrusions paired with tuneable white LED strips. The colour temperature of tuneable white LEDs ranges from a warm 2700K to a cooler 6500K meaning that the LEDs have the ability to mimic natural daylight and subtly change from morning to evening, either via manual or programmed wireless control. The linear extrusions and LEDs were hidden beside the concrete beams to uplight and illuminate the ceiling. The concrete beams were modified to include routed timber sections to accommodate the customised aluminium extrusions, concealing the fixtures for a unique and minimal installation. Linear aluminium extrusions and LEDs were also installed throughout the apartment to illuminate the joinery and cabinetry. A warm 2700K colour temperature was selected for these installations to highlight the natural tones of the timber finishes. All fixtures were installed with Casambi modules, allowing the entire lighting installation to be controlled and dimmed via wireless Bluetooth. // Products Featured: Klus PDS4-ALU Profile + Delta Light LEDFLEX IN TW / Platek Target Small Floodlight / Klus PIKO Profile + Delta Light LEDFLEX IN SMALL / Klus MICRO-ALU Profile + Delta Light LEDFLEX IN MP / Bilton Air Top 850 / Klus PDS4-ALU Profile + Delta Light LEDFLEX IN MP 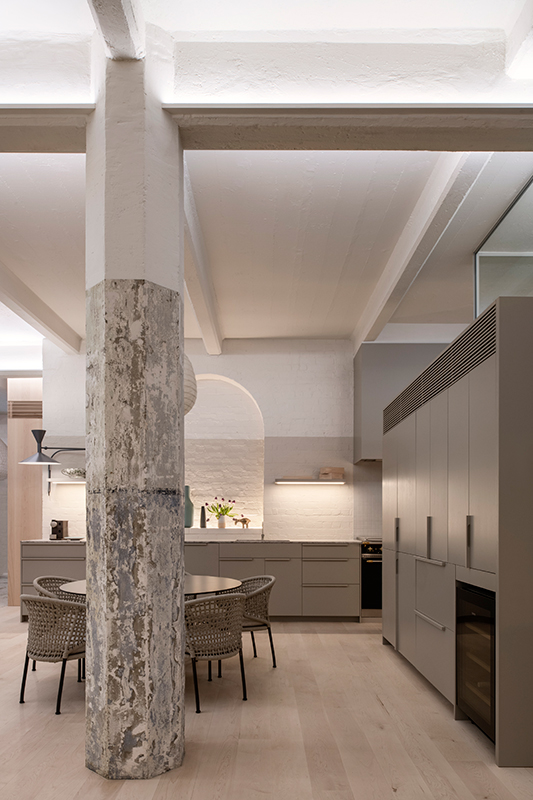 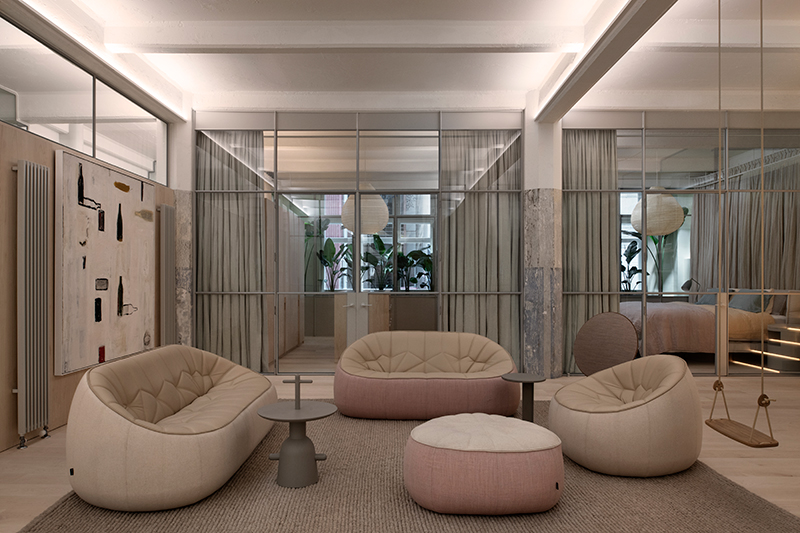 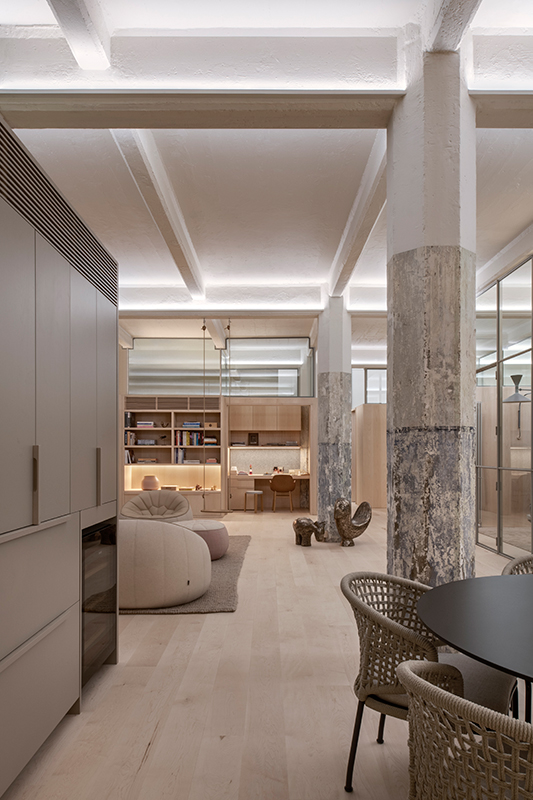 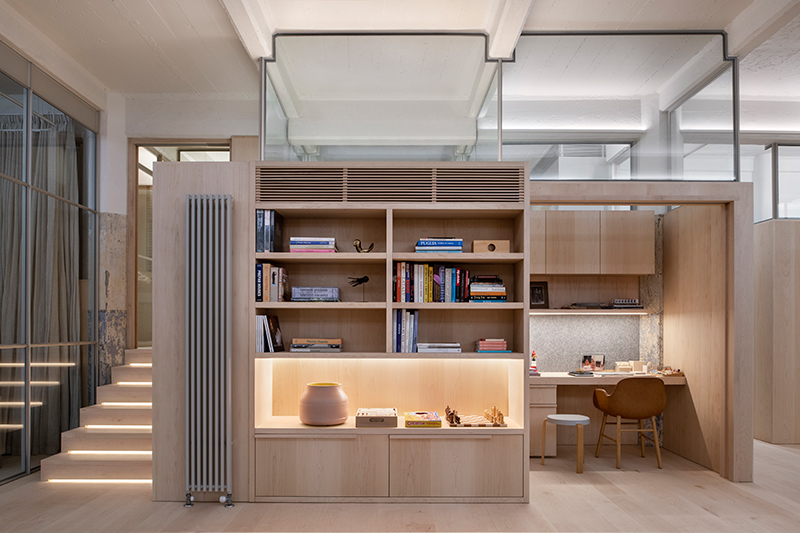 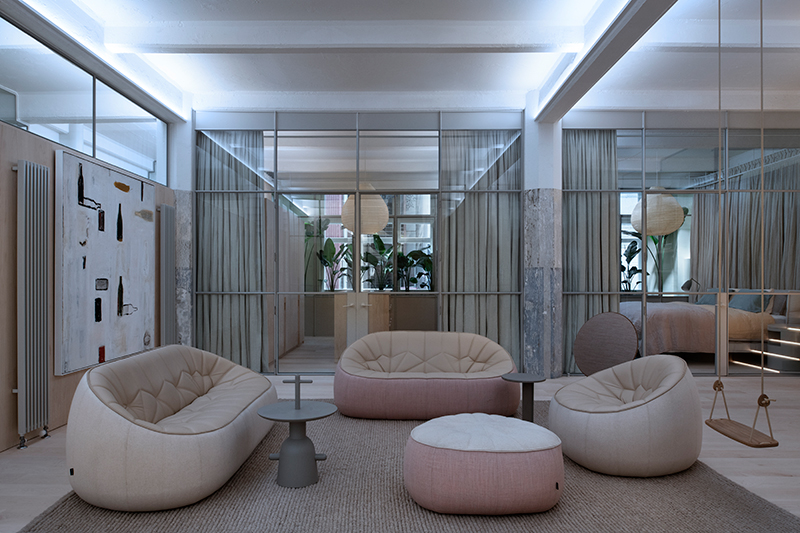 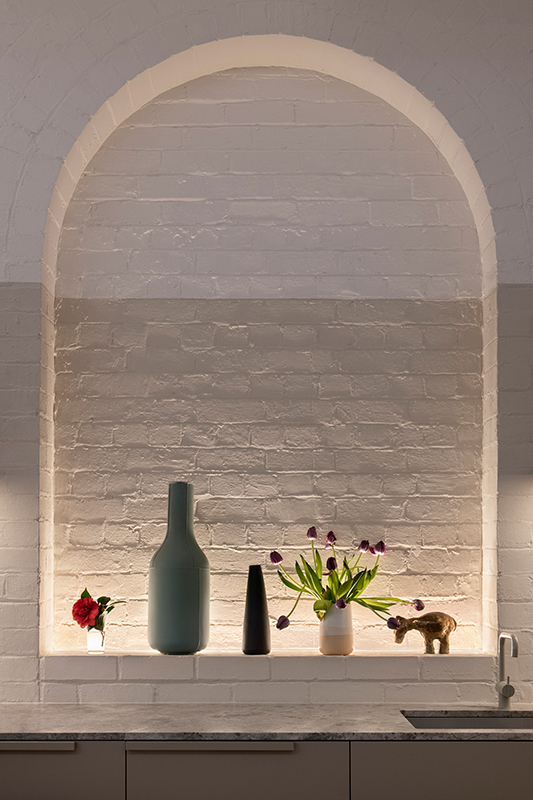 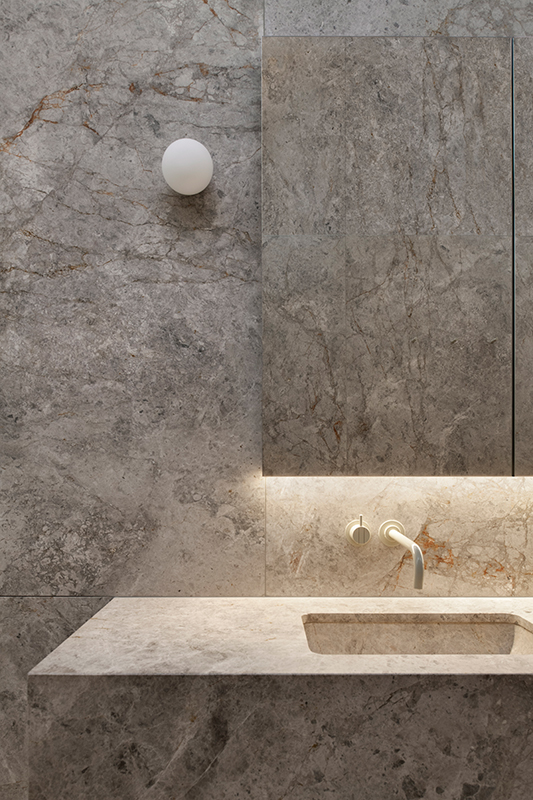 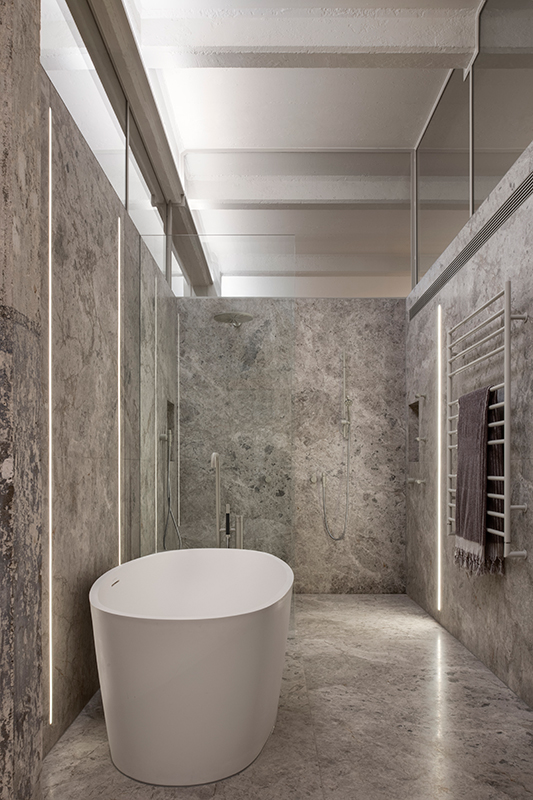